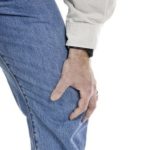 Approximately 1.2 million people in the Netherlands and Belgian Flanders are estimated to suffer from some form of arthrosis. And the number of people with arthrosis is increasing. Arthrosis is a particularly unpleasant and frustrating affliction. People who have arthrosis wake up in the morning with stiff knees or hips. And it doesn’t lessen unless they start moving. “Just have to get up to steam.”  Their joints are painful, in the fingers, wrists, knees, ankles or neck. Movement is painful. It hinders them in their daily lives.

Simple actions like getting out of bed, using scissors or opening a jar, become a problem. And one of the recommendations for arthrosis sufferers is to move more. How difficult! Still, there is hope because there are pain sufferers who are able to get control over the arthrosis and become free of pain again. Sometimes this is possible by changing eating habits and the MIR-Method has also received reports from people who suffer less pain. Read, for example, Cécile’s story:

“In May, I started having intestinal problems, and shortly after that, stomach problems. A psychic therapist I’ve known for a long time said that old things were being touched on that needed to be dealt with. At some point, I realized that it was much easier for me to turn my head in bed and that the constant pain and pressure in my neck and at the back of my head were also gone! I’m very consciously enjoying this daily.  I hope to get rid of all the old emotional burdens forever…”
Read the stories of other people with arthrosis who are doing the MIR-Method.

Cartilage can restore itself

Arthrosis is viewed as an affliction in which the amount of cartilage, the cushioning substance between your bones, decreases. It deforms your causes bones, but also causes inflammation to develop because your body wants to do something about the problem. Just as with all other parts of the body, cartilage can repair itself. What is gone can be replenished. What has been damaged can be repaired. We have already seen this with other afflictions. And when you study the self-healing capacity of the body you see how the body does this. But … the crazy thing is that the body doesn’t always do it. Why is that? That’s because your body has some other reasons for keeping the problem the way it is. Because something happened in your past that still bothers you.

The main cause of arthrosis comes from the frustration that has developed at a younger age. I’ll name a few examples to get you started:

– Hindered by your brother or sister, so you couldn’t reach something.
– Being locked up, as a joke or for punishment (locked bedroom door).
– Having to sit, in church, for example, or in a classroom.
– Not being able to go where you’d like to; leaving home, for example.

These kinds of situations can cause intense anger. If you internalized the anger as a child, because that was wiser, the bitterness, infuriating helplessness or clawing rage remain inside of you. Your body notices this and reacts to it. It reacts as if it is literally “locked up” and stiffens. It causes a reduction in the fluid in the cartilage, which eventually results in the reduction of the cartilage and the worsening of its quality. This doesn’t cause any pain, but the body’s reaction to it, inflammation, does.

Inflammations are Great! is the title of an article I wrote a while ago. It means that the body is hard at work shaking off the original feeling of being “locked up” and getting everything moving again. To get you started; to get you moving again.

If you want to grab arthrosis by the roots, work on letting go of old intense frustration. The MIR-Method can help you with this. You do the 9 steps, as explained in the instruction video, and by doing it, slowly let go of the old emotions.

That especially happens with step 3:’Detach father. Detach mother’, by which you erase the emotions from the events of your childhood.

And with step 4: ‘Clear meridians’ which helps to clear the gall bladder and liver meridians. These meridians became blocked by old emotions of anger, rage, powerlessness and frustration. These blockages hinder energy flow, which can cause problems. With step 4, you cleanse the meridians of their blockages, restoring the circulation of energy and causing pain to disappear.

Although I’ve only named a few of the steps, I urge you strongly to always do all 9 steps because they cooperate with each other. Meridians will only be properly cleared if the other aspects of your health are also dealt with. You can’t detach yourself from your father or mother, or from other men/women, if you aren’t strong enough to take that step.

And what about you? Do you suffer less from the pain of arthrosis, or has it completely disappeared? I’d love to hear about it! Please write about it below. Thank you!

My wish for you is that you can lead a pain-free and flexible life!
Greetings, Mireille Mettes