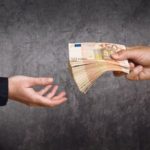 With the MIR-Method, I strive towards ‘self-healing for everyone’. It’s fantastic when the MIR-Method spreads to everyone who benefits from doing it. People can take their health into their own hands and prevent problems from developing. Working towards and contributing to this makes me feel happy. The idea that it reaches people who need it, so they can hopefully save money on health care expenses, is fantastic. But even better, that they become and remain healthy! With the result that people have the energy to actively contribute to a better world!

Another fantastic idea is the unconditional Basic Income for everyone. The idea is that everyone, starting at age 18, is entitled to a monthly amount of between 1000 – 1500 Euros (US$ 1000 – 1600), without having to do anything for it. They don’t have to pay it back, either. And the amount is per family member. This means that you, your partner and children 18+ and older, still living at home, are all entitled to this basic income. There would be allowances for children under 18. And, on top of that, everyone would be entitled to a basic health insurance policy. In the Netherlands and Germany it is quite a hot subject! Maybe I should explain this a bit more…

This idea is certainly viable and absolutely possible. I’m especially pleased about it! It’s being tested on a small scale in several Dutch cities. It was already tested in Canada, the Mincome project in the 1970’s, with positive results. You will find more information about the Guaranteed Annual Income by following this link: http://www.basicincomecanada.org/videos.
With the extra income, people spent their money on dental care and invested in new equipment for their companies and enjoyed studying. People could relax and became active in all kinds of ways. No one became lazy or passive! The idea for a Basic Income is old, and has been thought about profoundly and in detail. It’s not just a random idea, but a logical next step in the evolution of humanity.

Many calculations have already shown that the Basic Income is fairly simple to attain. Now, billions are spent on welfare benefits and allowances, and on agencies for policing and forcing people to work at jobs that give them no satisfaction, wasting an enormous amount of money, energy and fulfillment. Such a shame! This makes people sick. Not just those receiving welfare, but also those working at the various agencies.

In addition to this, many initiatives of freelancers and small businesspeople are lost, because it takes too many years to earn a profit. If you want to create a new business and make it successful, you need time and the monthly financial reserves to finance it to turn your plans and dreams into reality. Especially now that banks are not generous about providing loans, well-intentioned business people are losing their companies. What a waste! We could all benefit from these innovative, refreshing, alternative and world-improving ideas!

What would you do?

What if you had a basic income? What would you do? Give up your job? Take care of your mother? Start a new business? Let me know! Please write about it below. Thank you!

I recently became an ambassador for the basic income in the Netherlands and sincerely hope that it becomes reality. It would provide relief to so many people!

P.S. You would do me a big favor by spreading the MIR-Method to others by posting this article to your Facebook page or forwarding it via e-mail, Twitter or Linked-In! Use the icons on the left-hand side! Thank you!

P.S. Are you not yet familiar with the MIR-Method? Please go to the homepage: www.mirmethod.com. You can watch the video there and also the instruction video. Register on the homepage to receive the newsletter and 6 weeks of coaching e-mails for extra support!