↓
Home » Articles » 147. Grieving is Cleansing Yourself 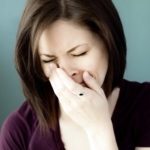 Celebrating New Year’s Eve seems like fun. ‘We have to have a good time.’ Finger foods, watching TV and fireworks at midnight. For many people, it is, however, a moment when they have to try to bear up, because the last days of the year have a way of being confrontational. As if, just under the surface, there is something brewing, which won’t allow itself to be pushed away any more. It’s the cleansing of the old year. The grief you feel because you are missing someone. It needs an outlet.

Losing a loved one

It’s an unpleasant topic to bring up with the holidays, but it won’t let me go. I haven’t lost anyone in the past year, but a few of my friends lost loved ones this year. When I was in my twenties, I lost my father at 56 years of age. For him, it was nice that he was able to pass away. It confused me. I was happy for him so how could I grieve? The grief was there at times but it wasn’t until many years later that it really hit me.

Letting grief out is seeing it

Grief doesn’t allow itself to be pushed away. As crazy as it sounds, it wants to be experienced and to be seen. If you think about the person you are missing and you become sad, you need to cry. It’s as if the pain you feel in your throat or your heart brings you closer to the other person for a moment. As if you are connected to each other again. It takes you above remembering and into being together.

There is a great danger about which I am very concerned. If people can’t experience their grief, crying, they slip into depression and become despondent. I think it’s a great shortcoming in western cultures that there is no room for death and that little is spoken about dying. People who have died are not spoken about, as if they never mattered. I see a lot changing in younger generations, thankfully. But I still seriously worry about people who live within a family circle, for which death is a taboo and everyone has to work through their own grief. People who can’t handle it, especially youngsters, are at risk. They run the risk of keeping their grief to themselves, turning it inward and creating health problems or depression.

Grief, mourning and the MIR-Method

People who do the MIR-Method often notice that they become more sensitive. They may have fits of weeping and feel more vulnerable. It’s because the grief, which has been repressed for so long and which received no attention, seizes the opportunity and reveals itself. The walls come down; the oyster opens up. Grief makes its appearance. It wants to be seen, heard and experienced. It’s the cleansing that everybody needs and that everyone goes through in due time. See if you agree with one of the statements below, which I believe in:

People who don’t cry are afraid to be broken.
Tears that aren’t cried result in headaches.
Grief that is repressed turns into depression.
Grief that is felt sweetens bitter memories.

Animated film ‘Inside Out’

If there’s one film I recommend about this, it’s the film “Inside Out”. An animated film about how the brain works and how Joy, Sadness, Fear, Disgust and Anger take turns being the leader. The film is wonderful and humorous. I laughed out loud several times out of recognition. And the film’s message was an eye-opener to me. Sadness plays a leading role and becomes a wonderful energy source once she has been seen and heard. Look, for example, at who’s in charge in the mother’s mind. Yes, for sure, Sadness! Sadness, as a sensitive center that is alert to other people’s emotional balance.

And how about you? Did you have fits of weeping when you started doing the MIR-Method? Was it a clue for you that you were working through something? I’d love to hear about it! Please write about it below. Thank you!

I wish you soft, loving closure to the old year and a newly cleansed fresh new year!
Mireille Mettes